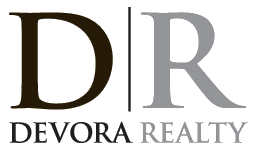 Welcome to Austin Realty 101! Every week we look at topics that involve Austin home buying and leasing, Austin commercial real estate, multi-family properties, sights and sounds of the city, and much more!

Let’s face it – Austin is an amazing city to live in. We’re regularly featured in various top ten lists for employment, growth, desirability and so much more. But it’s not just Austin – the state of Texas is pretty amazing in its own right. Check out some of the stats and fun facts that make Texas so appealing:

• As of 2010, Texas had a gross state product (GSP) of $1.207 trillion, the second highest state of the U.S. Texas’ GSP is on par with the GDP of countries like India and Canada.

•In 2010, Texas had 346,000 millionaires, which constituted the second largest millionaire population in the U.S.

•Texas is the only state to enter the U.S. by treaty as opposed to territorial annexation.

•Sam Houston, arguably the most famous Texan, was born in Virginia and served as governor of Tennessee before coming to Texas.

•There were five sites that served as temporary Texas capitals in 1836: Washington-on-the-Brazos, Harrisburg, Galveston, Velasco, and Columbia.

•Sam Houston moved the Texas capital to Houston in 1837. The capital was then moved to Austin in 1839.

•The dome of the Austin capitol stands seven feet higher than that of the nation’s Capital building.

•More species of bats live in Texas than in any other state of the U.S.

If you’re looking for an Austin commercial realtor or if you need help with residential real estate in Austin, please visit our website at http://DevoraRealty.com or email us today!